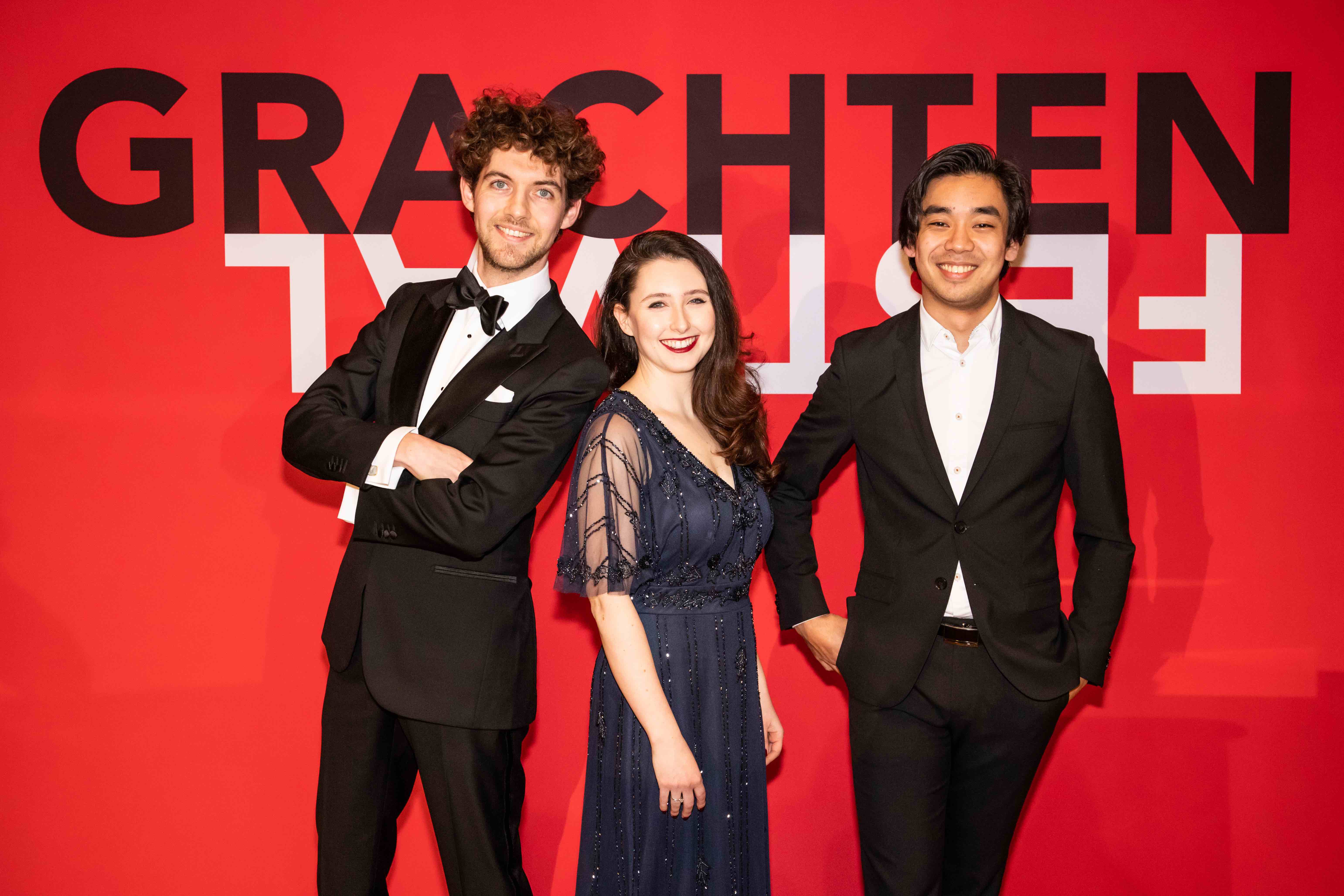 Every year, the GrachtenfestivalPrijs is awarded to a young musician who excels in his or her field by exceptional musical talent. In the run-up to the ceremony, the nominees will be followed for six months by a jury consisting of experts from different angles. This year, the experts are Frederike Berntsen (critic Classical Music, Trouw), Aart-Jan van de Pol (director Nederlands Vioolconcours) and Marlon Titre (head of the Classical department, Royal Conservatory of The Hague, composer and guitarist).

Daan Boertien (1991) has won many prizes both at home and abroad, such as the Gustav Mahler-Wettbewerb, and together with Raoul Steffani (Artist in Residence 2019) the audience award for the Dutch Classical Talent in 2018. Daan specializes in song accompaniment and can be seen at home and abroad with various international singers.

Channa Malkin (1989) has played many important parts in the opera. On the concert stage, Channa has worked with the Royal Concertgebouw Orchestra conducted by Mariss Jansons. Channa wants opera to reach a wider audience and therefore has set up the multimedia production Händel goes Tinder, in collaboration with violinist Anastasia Kozlova and writer/director Michael Diederich.

Shin Sihan (1994) has won several important prizes, including the second and audience prize for the Oscar Back violin competition and the Dutch Classical Talent Award. Shin also shared the stage with renowned Dutch orchestras such as the Residentie Orkest and the Gelders Orkest. In addition, Shin is a versatile chamber musician. Since 2017, he forms the Amsterdam Piano Trio with Yang Yang Cai and Alexander Warenberg. 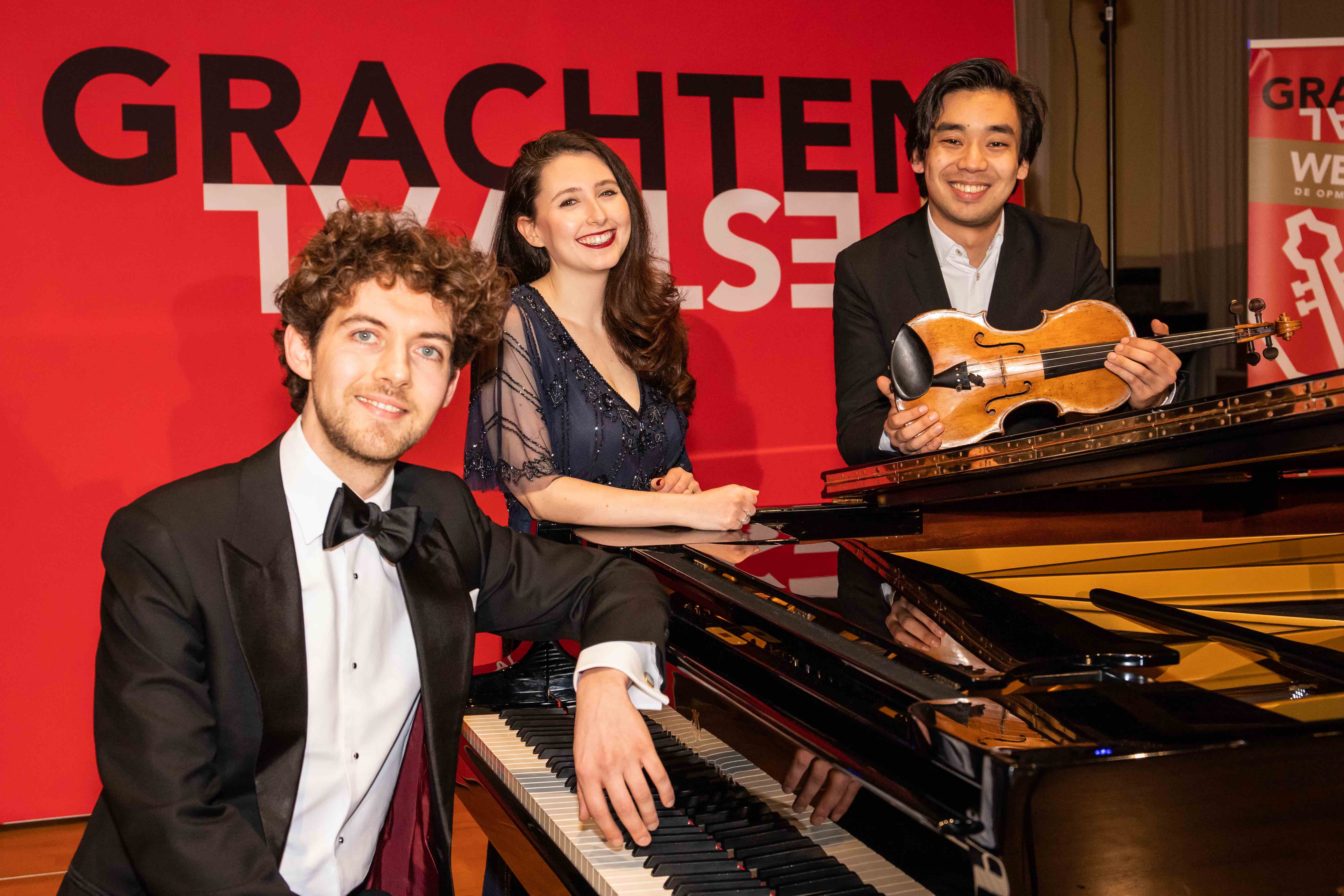 Remy van Kesteren, first Artist in Residence in 2014, about the prize: "The opportunity to get a residency during the festival was a great privilege. In 2014, I was able to enjoy myself and go my own, musical way; it is very valuable that such a leading festival offers space for innovation and gives ample space to the musicians of today and the future". 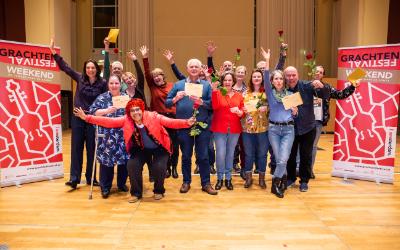 February 8th was an exciting day for almost 50 districts of Amsterdam who signed up.
read more 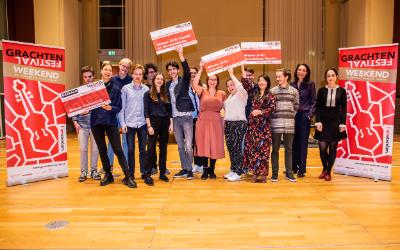 And the winners of the Grachtenfestival Weekend pitches 2020 are: 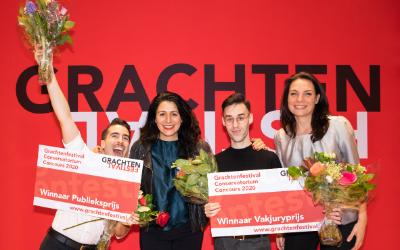 On Sunday February 9th, six soloists and ensembles, all students of conservatoria in The Netherlands
read more 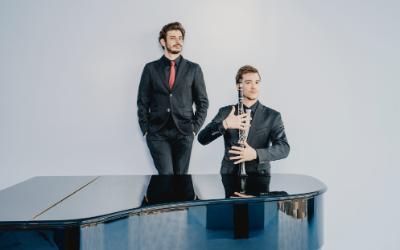