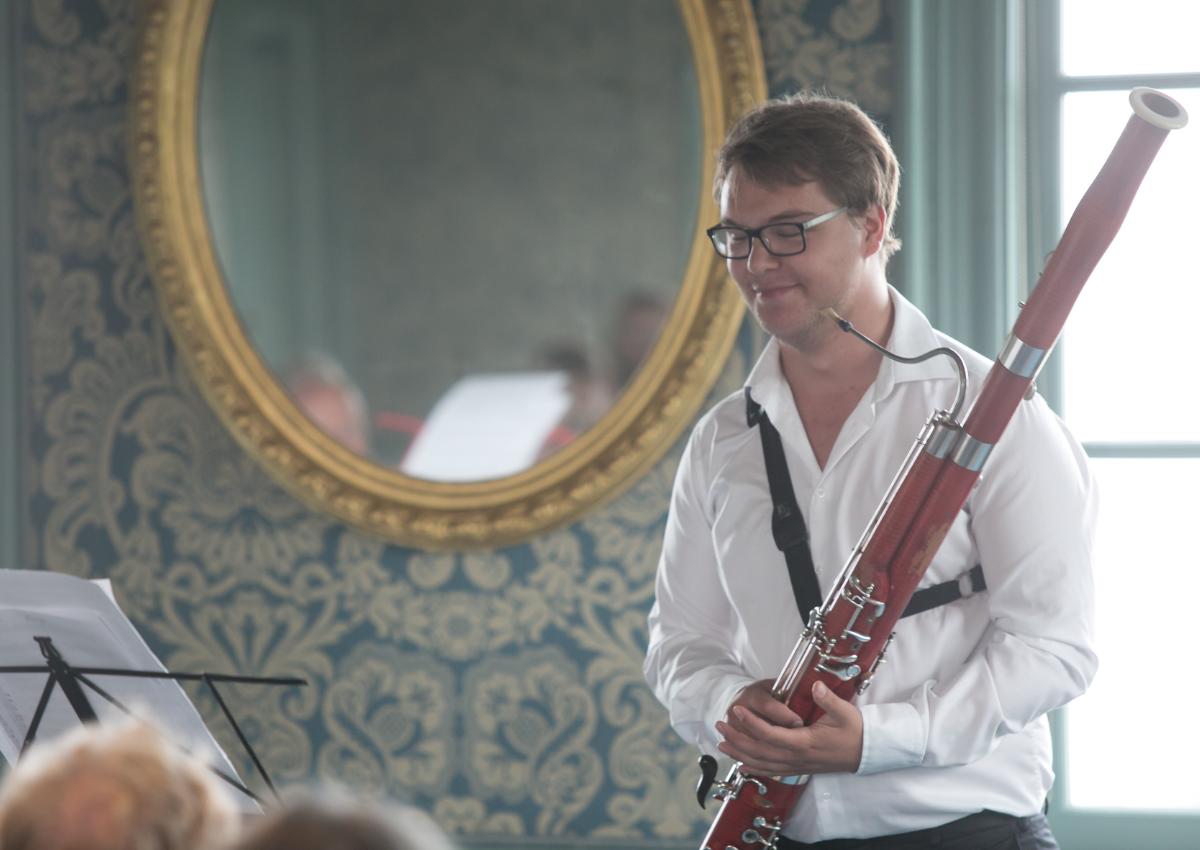 Thomas Dulfer (1993) studied at the Royal Conservatory of The Hague with Bram van Sambeek. In May 2018 he graduated with a 10/10 with distinction: “He succeeds in covering the full musical spectrum and shows his unique qualities as a performer” and received the Fock-medal for the best final exam of the year. Currently, Thomas continued his master of music in October 2018 at the Hochschule für Musik und Tanz Köln with Bram van Sambeek for which he received the Young Talent Award from the Prins Bernhard Cultuurfonds and received a grant from the Hendrik Muller’s Vaderlandsch fonds.

Thomas is very active in solo, chamber and orchestral music and often plays with Het Balletorkest (Dutch Ballet Orchestra), Het Nederlands Blazers Ensemble (Dutch Wind Ensemble), and various chamber music ensembles. In August 2019 Thomas will be the young artist in residence of the music summer festival of the National Youth Orchestra where he will play solo and will artistically lead chamber music programs.

His playing did not go unnoticed at the several competitions Thomas participated in. In 2013 he won the first prize in the regional final of the Princess Christina Competitions where he won solo performances with the local youth orchestra. In the same year, he won the first prize at the bassoon competitions of the Fagotnetwerk (Dutch Bassoon Network). In September 2014 he won the Classical Young Master Award which gave him a two-year guidance program in which the foundation assists him in pursuing his further artistic ambitions. In February 2017 Thomas won the Grachtenfestival Pitch with his ensemble Treeo HOUT resulting in a prominent place at the festival. In the same year, he won third prize in the Bassoon Competition for Professionals organized by the Fagotnetwerk where he also won the Donemus prize for best performance of a contemporary music piece. Thomas participated in masterclasses by Sophie Dartigalongue, Stefano Canuti, Peter Whelan, Benny Aghassi, Wouter Verschuren, Helma van den Brink, Pieter Nuyten, Simon van Holen, and Arno Piters.