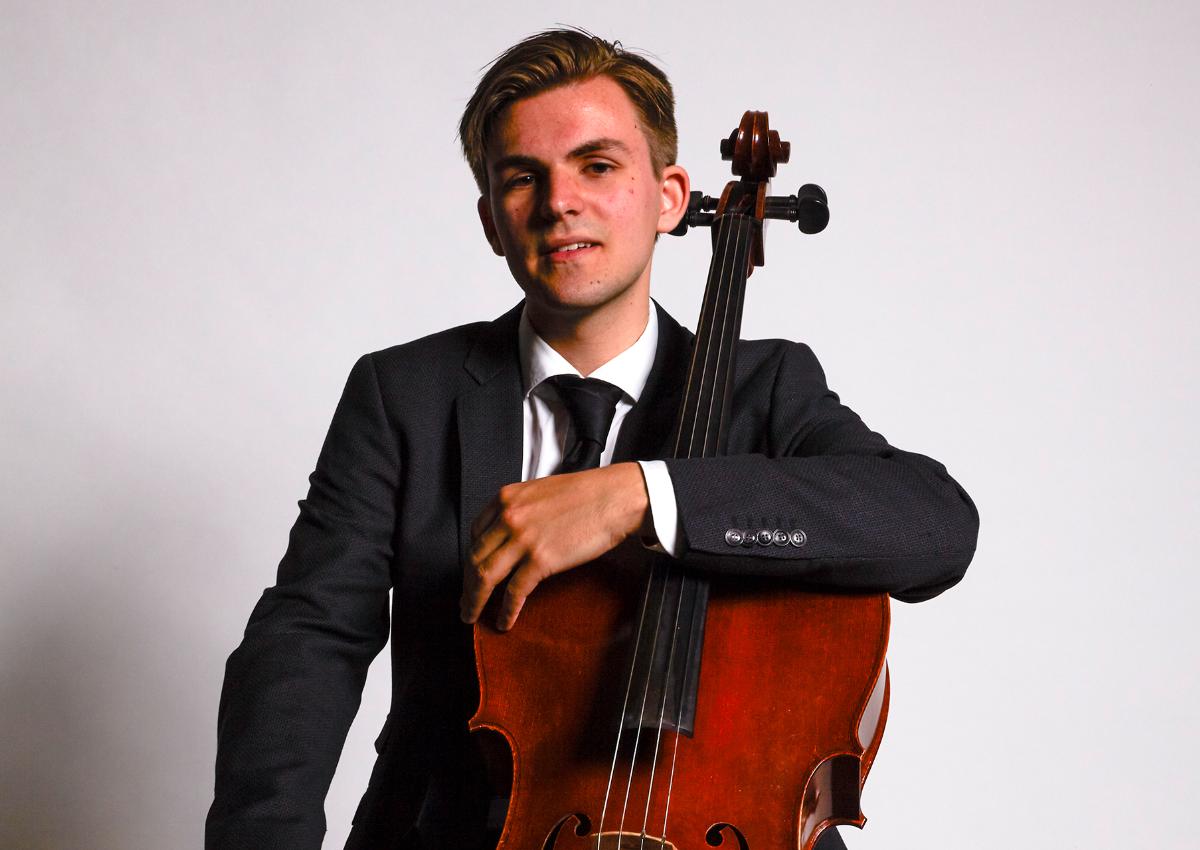 Born in 1999 in Groningen, The Netherlands, into an Dutch-Russian family of musicians, Theodoor Heyning was only seven when he was accepted into the cello class of Corine 't Hoen at the Prins Claus Conservatoire in Groningen. He is currently receiving lessons from Professor Maarten Mostert at the Conservatoire of Amsterdam. He has also participated in masterclasses held by Robert Cohen, Richard Aaron, Michel Strauss, David Strange, Harro Ruijsenaars, Gavriel Lipkind and Ernst Reijseger. He also receives a scholarship from the International Academy of Music in Liechtenstein, where he participates in the intensive weeks.

The young cellist has won several awards, including 1st prize at the “Prinses Christina Concours", the “Residentie Orchestra Prize” and 1st prize at the Britten Competition. His appearances as a soloist, as an old member of the Fancy Fiddlers, string ensemble under the leadership of Professor Coosje Wijzenbeek. and as a chamber musician have included festivals and concerts in The Netherlands, Switzerland, Italy, Germany, and France including the International Chamber Music Festival Utrecht, the Festival Next Generation in Bad Ragaz and Les Musicales Du Luberon in Cabrières-d’Avignon.

He performed with several orchestras, including the North Dutch Orchestra, Camerata Amstelveen and Haydn Youth String Orchestra. He was also awarded the opportunity to perform as a soloist with the Britten Youth String Orchestra in 2011 as a result of the 1st prize he won at the Britten Competitio. He has already enjoyed opportunities to perform with artists such as Janine Jansen, Boris Brovtsyn, Rosanne Philippens, Alexander Sitkovetsky, Andreas Ottensamer, Fredrik Ekdahl, Radek Baborák and Ramón Ortega Quero.

In 2014 his first solo CD was released; a recording of the Cello Concerto in F Major by L. E. Larsson, which he recorded with the Haydn Youth String Orchestra.

He plays a cello made in 2012 by Koen Padding, disposed by the 'The Dutch Musical Instruments Foundation'.