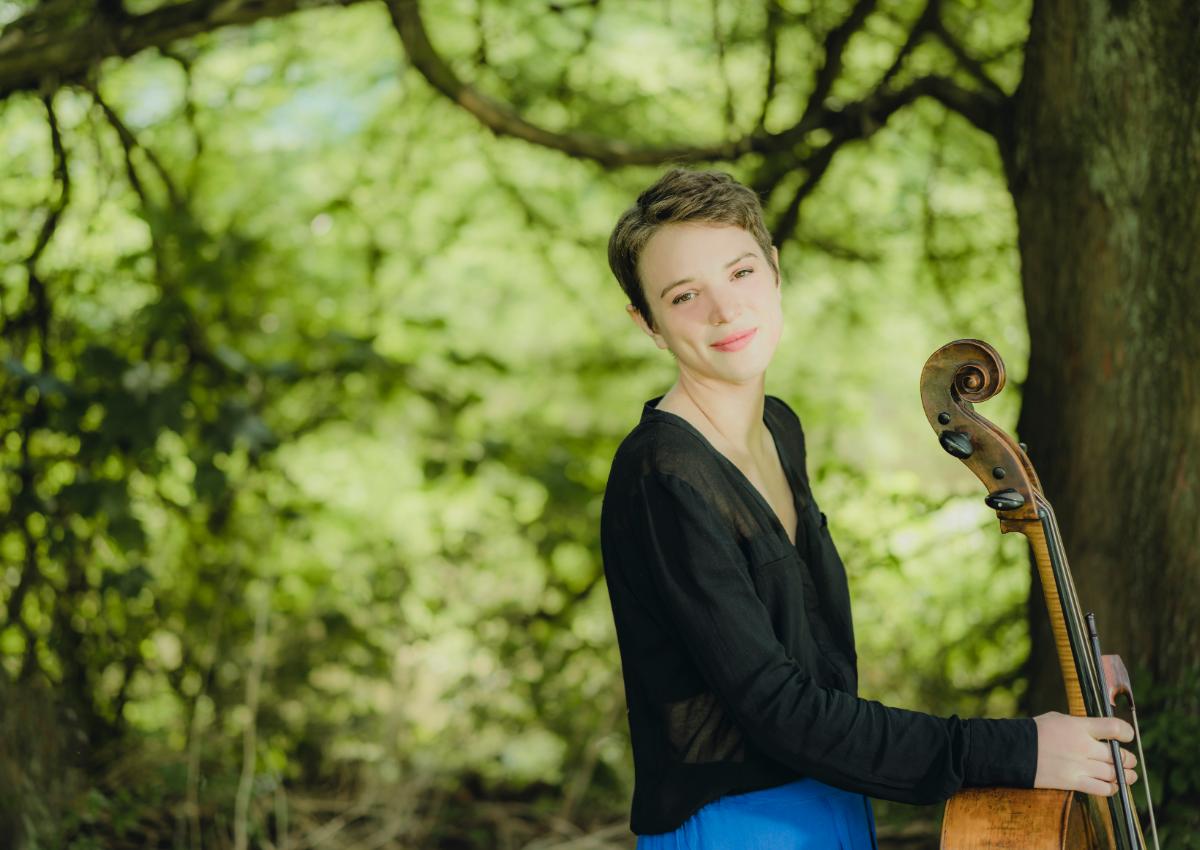 Octavie Dostaler-Lalonde is a versatile musician whose repertoire ranges from the late-17th to the 20th century. Her primary focus is historically informed performance practice. She researches and uses techniques and instruments according to the time of the music she plays.

After studying modern cello with Denis Brott and Carole Sirois at the Conservatoire de Musique de Montréal, Octavie received the Prix avec Grande Distinction in 2011. She later studied baroque cello with Susie Napper in Montreal and with Viola de Hoog in Amsterdam, graduating with highest honors. In 2016 Octavie won the second Prize as a soloist at Concours Corneille, International Competition in France. Octavie is a prize winner at several national and international competitions, and her endeavors were supported by the Canada Arts Council, the Banff Center for the Arts, the CALQ, the Montreal Conservatory, the Conservatorium van Amsterdam and the University of Montreal. In London, she was part of the Handel House Talent scheme 2017-2018 and the 2017 Experience scheme with the Orchestra of the Age of Enlightenment.

Exploring historical performance of Baroque, Classical and Romantic music, she performs recitals regularly with fortepianist and harpsichord player Artem Belogurov. Together, they took part in the Festival Montreal Baroque, the International Young Artist Presentation in Antwerp, the Fortepiano Festival Zaandijk and the Utrecht Oude Muziek Fabulous Fringe series, among others. The pair performed in Canada, the United States, the UK, Europe and Japan. Their recording of Beethoven’s complete works for fortepiano and cello on historical instruments will be issued later this year by the Italian label Gamma Musica.

While in Montreal, Octavie performed with many ensembles including the Montreal Symphony Orchestra, Ensemble Caprice, les Rendez-vous baroque français, Les Lys Naissants and the chamber groups Epsilon, quintette à cordes, Ensemble Arkea, Ensemble Allogène, Ensemble Paramirabo and the Ensemble BOP. In Europe she performed with Ensemble Masques, Amsterdam Corelli Collective, ensemble Cordavento, the Nieuwe Philharmonie Utrecht. She co-founded the young period chamber groups AKOR, Ensemble Lexikon and Les Vieux Galants (Gebrüder Graun Preis & Sonderpreis, Graun brothers competition). She has recorded for the label Brilliant Classics and was the co-director of Romberg Dagen, a festival celebrating the composer and cellist Bernhard Romberg and the performance of 19th-century music, which took place in May 2018.

Octavie has the pleasure of playing a beautiful German cello from 1769 on loan from the Nationaal Muziekinstrumenten Fonds of the Netherlands.

Concerts in 2019 of Octavie Dostaler-Lalonde