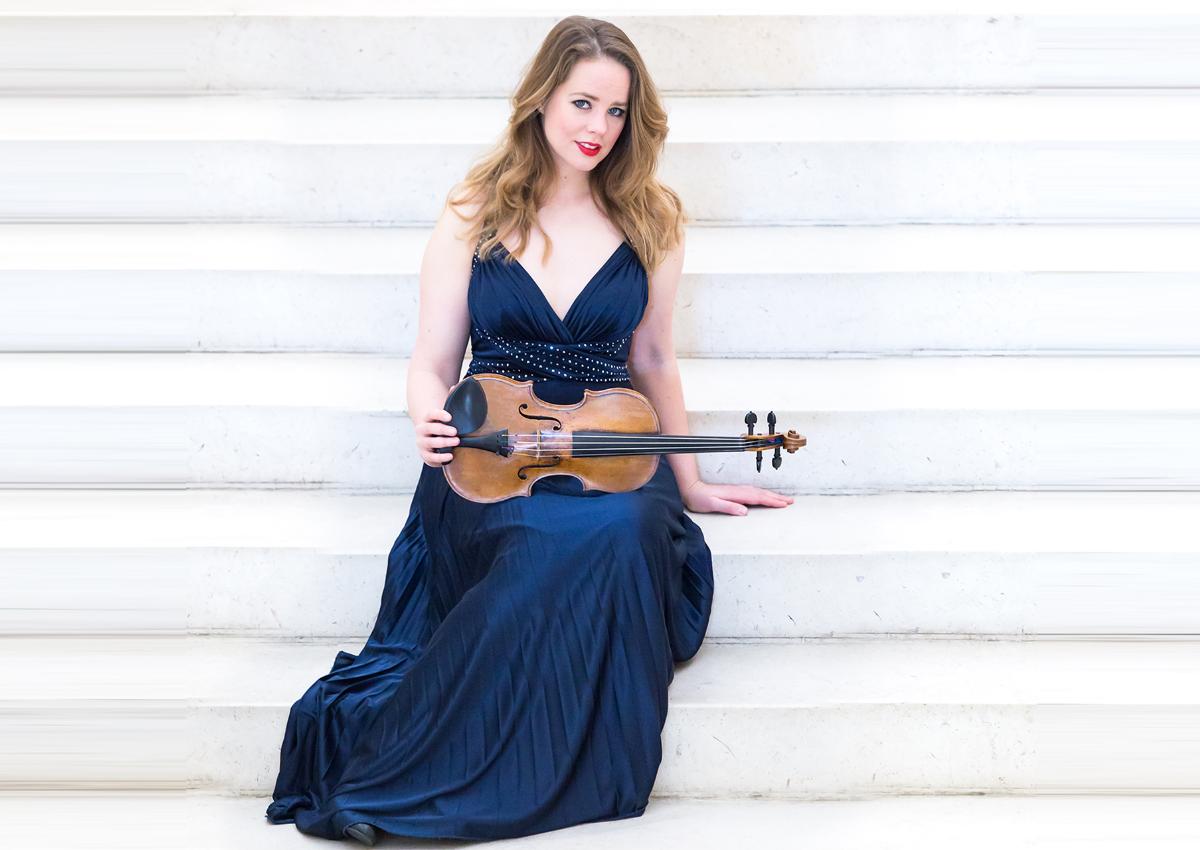 Dutch violin virtuoso Lisa Jacobs is known for her passionate performances, interesting programs and communicative qualities on stage. She is equally at home on the concert stage with concertos, chamber music, recitals and solo works.
At the age of only 17, Lisa made her successful debut with the Royal Concertgebouw Orchestra under the baton of Riccardo Chailly.
She has played several times in all the major concert halls of the Netherlands and all around the world ever since, both as a soloist with renowned orchestras and conductors, as a recitalist with her pianist Ksenia Kouzmenko and at chamber music festivals, always to highly critical acclaim, receiving brilliant reviews and finding ecstatic audiences.
She receives much attention in both national and international media, with live radio concerts, television broadcasts and interviews. Lisa has won several top prizes in both national and international competitions, one of them being at the International Jascha Heifetz Violin Competition, where she received the Audience prize as well.
She collaborated with amongst others Royal Concertgebouw Orchestra, Amsterdam Sinfonietta, Brussels Philharmonic, Bremer Philharmoniker, Lithuanian Chamber Orchestra and respected conductors such as Neeme Ja?rvi, Riccardo Chailly, Massimo Quarta, Dirk Brosse?, Juozas Domarkas, Carlos Miguel Prieto and Toby Hoffman.

Lisa plays a Rugieri violin from 1683, given to her on loan by a private person for which she is very grateful.

This years engagements include concerts with the Mendelssohn, Mozart, Nielsen, Mendelssohn, Wieniawski, Locatelli and Vivaldi violin concertos, including concert tours to Germany, Italy and of course The Netherlands.

Miss Jacobs is a proud Pirastro Artist since 2017.