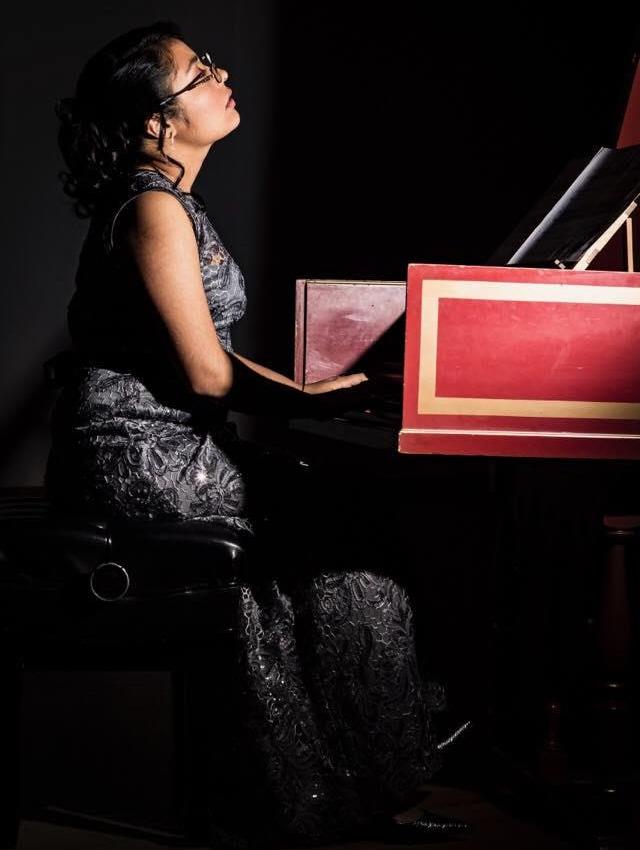 Villegas Aguilar. In 2006, she was accepted to the Escuela Superior de Música at the

National Center for the Arts in Mexico City, where she studied early keyboards with Dr.

Michael Tsalka. In February 2017, she has graduated with the Bachelor´s Degree in

Harpsichord Performance with the highest honors. Currently, she is completing a

Recent performances in Mexico include various cultural events, museums in the city,

churches, and concert halls, among them: Escuela Superior de Música, the Conservatory

Veracruz, Toluca, and Yucatan. In Mexico, she has participated in master classes under

In Europe, she has twice received full fellowships to participate at the Nordic Historic

performing at the Kuopio Cultural Center, and studying under the guidance of Joyce

Davidsson, and Michael Tsalka. In 2015, she was invited, under a full scholarship, to

at Castle Heeswijk, at the Geelvinck Museum in Amsterdam, and at the Amstelraende

concert series, and played in master classes for early keyboards, improvisation, and piano

She founded (and is an active member) the baroque ensemble “Kairós” in Mexico City.

Currently, she is also a member of the baroque ensemble “Antiqva Matropoli”. Professor

Luca Giardini invited the latter ensemble to Italy in November 2017, for a series of

performances and master classes with professors from the Bruno Maderna Conservatory.

at the National Center for the Arts in Mexico City.

Concerts in 2019 of Areli Cortés Gutiérrez