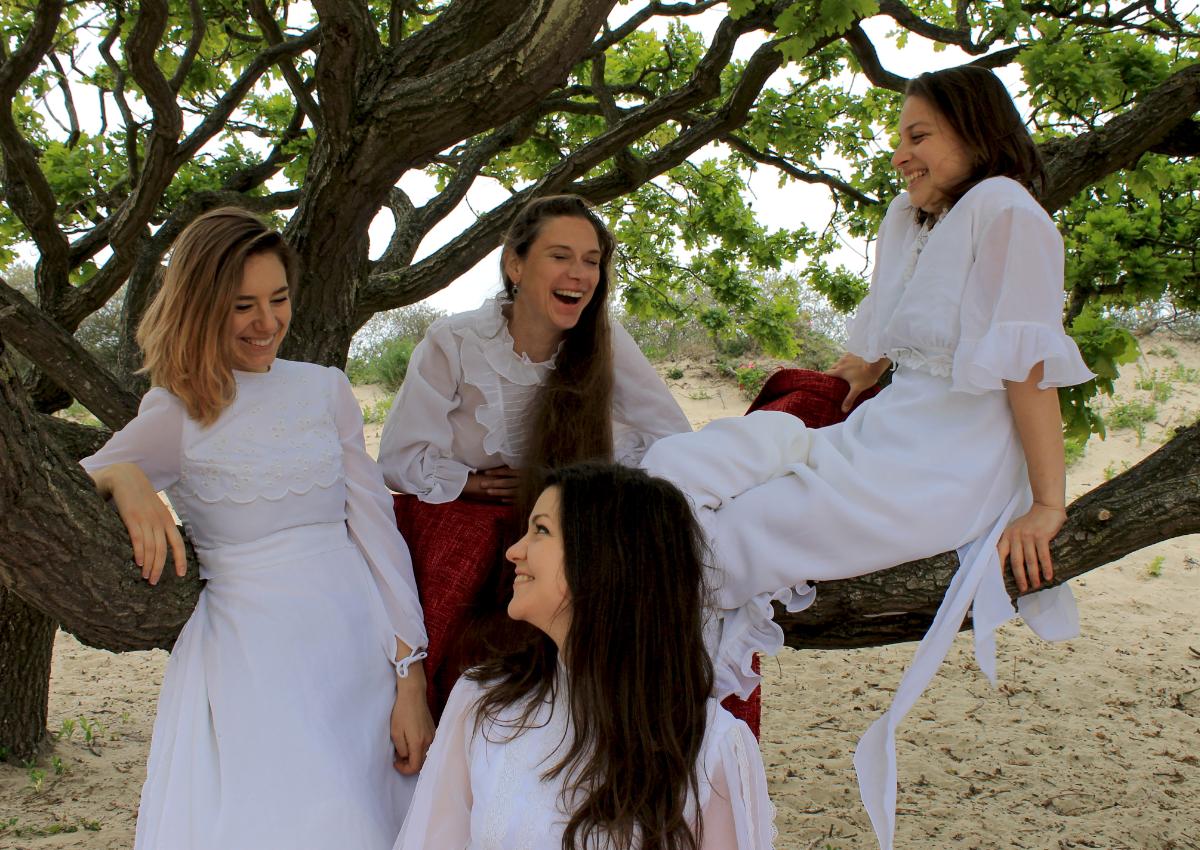 Viktoria Nikolova (1991, photo bottom middle) is a Bulgarian, lyric soprano based in The Netherlands. In 2017 she graduates with a Master in Classical singing from the Royal Conservatoire The Hague, as a student of Rita Dams and Maria Acda-Maas. She receives her Bachelor in Classical singing from the New Bulgarian University in Sofia, Bulgaria, in 2013.

Since 2013 Natalia finds new challenges in music theater making; she co-writes, directs and performs in a Victor Jara project together with Adrie Huissoon and Marco Santos. In 2017, she is asked to do the final direction for Viktoria's Master presentation.

Elisabeth Lusche (1994, photo top left) is a trumpet player specializing in the performance of New Music. Originally from Auburn, Alabama, she now lives in The Hague, the Netherlands, where she completes her Master's degree at the Royal Conservatoire The Hague in June 2019.

Under the supervision of Marco Blaauw Elisabeth studies and performs the music of Karlheinz Stockhausen during her Masterspecialisatie aus LICHT program for Holland Festival. In 2017, she earnes her Bachelor of Music in Trumpet Performance from the Northwestern University Bienen School of Music. Elisabeth is a proud alumna of the Chosen Vale International Trumpet Seminar and the Darmstadt Summer Course.

Bilyana Grudanska (1993, photo top right) graduates from the National Music School in Sofia, Bulgaria, in 2011. She completes her Bachelor degree as a pianist at Codarts Rotterdam Conservatory in 2017, under the guidance of Jean Bernard Pommier. She participates in master classes with Josef Moog, Elena Ashkenazy, Pavlina Dokovska.

Concerts in 2019 of SamoDivas

2019 | Metamorphosis of a Female Character