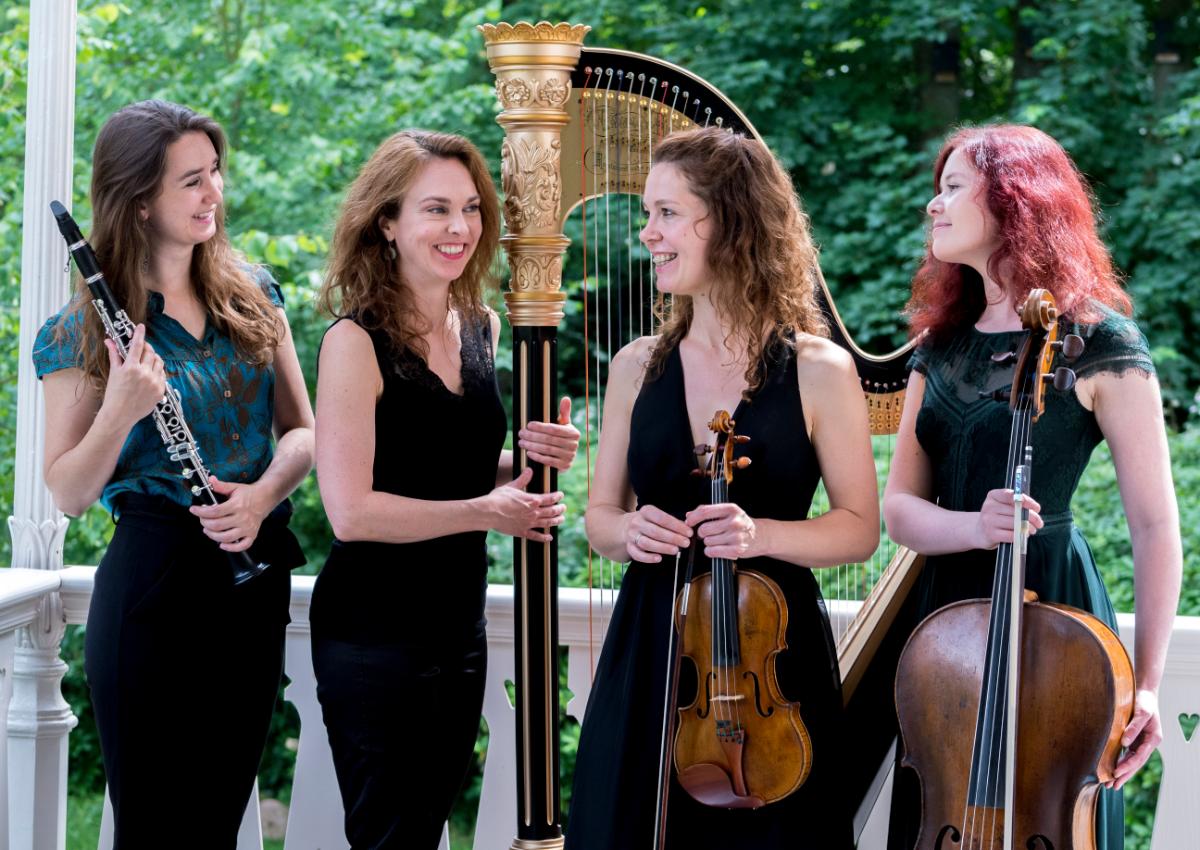 The Netherlands Chamber Music Ensemble consists of the unique line-up of clarinet, violin, cello and harp and was founded in the spring of 2015. The members of the ensemble: clarinettist Marieke Vos, violinist Lisanne Soeterbroek, cellist Maya Fridman and harpist Annemieke IJzerman form the core of the ensemble. In addition, they regularly expand the ensemble by playing with guest musicians.

The Dutch Chamber Music Ensemble aims to provide chamber music at a high level in an accessible manner, a good mix of well-known and less well-known repertoire. The ensemble can be heard and seen many times on different stages in the Netherlands and abroad. In recent years they have played inter alia in Tivoli Vredenburg, with Podium Witteman, on NPO Radio 4 and Brava TV. The ensemble has since built up a broad repertoire for this special line-up. The members of the ensemble arrange a lot themselves and, in addition, they regularly compose and arrange for them.

NPO Radio 4 presenter Ab Nieuwdorp is connected to the ensemble as a presenter and storyteller. He regularly tours with the ensemble and gives introductions to the concerts.

In addition to its own productions, the Netherlands Chamber Music Ensemble regularly plays cross over projects in which they collaborate with dance and theater. Creating new concepts and representations is also an important aspect of their identity. In the summer of 2019, the third edition of a summer tour through France will take place with members of the ensemble in collaboration with composer Carlos Micháns.

Short text program
The woman who sings or sings, a sonata in minor for the deceased mother, the woman as a composer and the woman as a muse. A varied program about women by the Netherlands Chamber Music Ensemble, an ensemble consisting of 4 women. Listen to masterpieces by Purcell, Mozart, Clara & Robert Schumann, and Henriëtte Bosmans, among others.