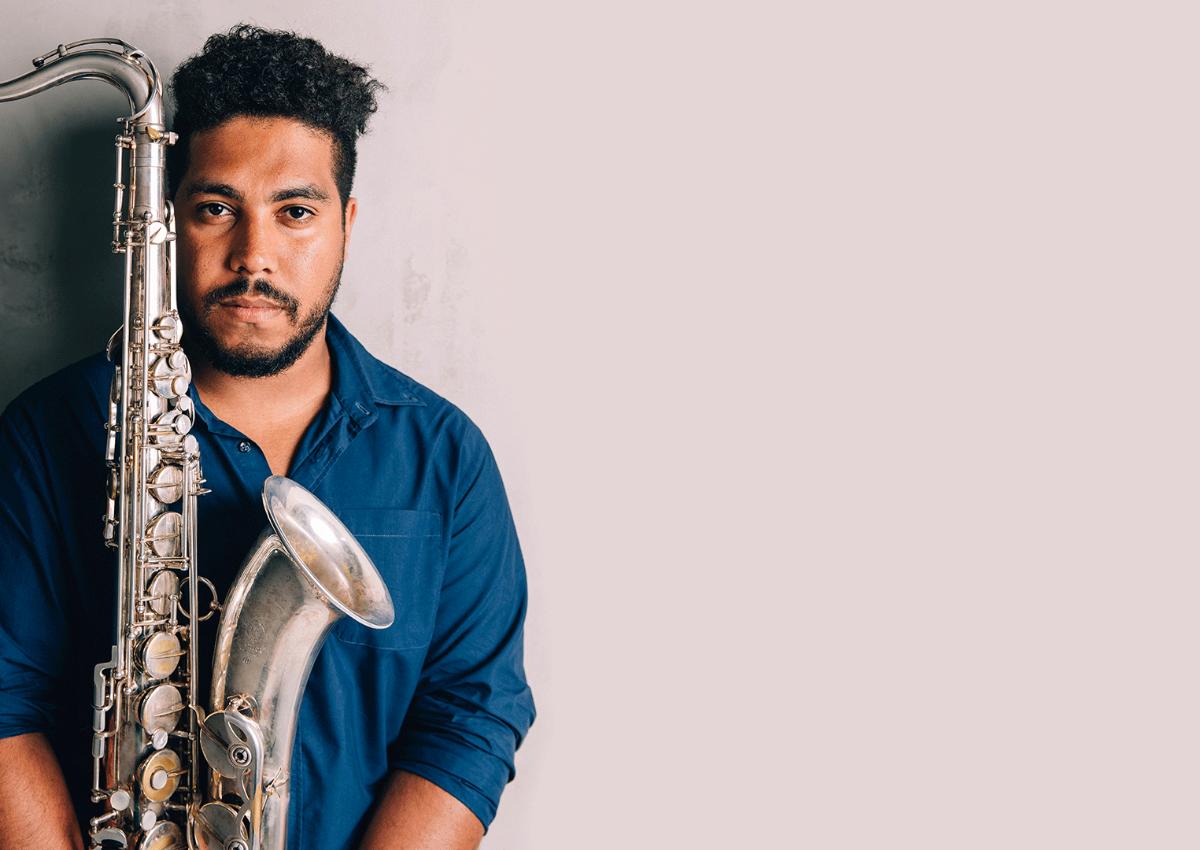 Lucas Santana Quintet is the band based around Brazilian saxophonist and composer, Lucas Santana. In his quintet, Lucas presents his take on jazz, blues, soul and Brazilian music. Together they recorded two studio albums: Reflections (2021) and Ambivalence (2022). Both records were met with high critical acclaim by both national and international press.
Ambivalence is a state of having conflicting reactions, beliefs, or feelings towards someone or something. Bringing the concept of two opposite emotions coexisting and transforming this approach in musical expression was the biggest challenge on this album. The group explores the edges of loudness and softness, but also carries the delicacy of a simple lyrical melody.

Being rooted in many music traditions, Lucas and his quintet bring a large pallet of colors to the table. Their music has that energetic hard bop sound, but his Brazilian roots shine through on all levels. Together with his four band members he discovers the pathway between fantasy, courage, technical skill and passion. Sometimes fast and virtuosic, sometimes slow with true passion for the music.

Having played stages such as Bimhuis, Lantaren Venster and TivoliVredenburg, Santana made his mark in the Dutch jazz scene. Next to that, he won the awards in the prestigious Latin Grammy Cultural Foundation 2016, Jazz Contest Bucharest 2017 with AG Quintet, Keep an Eye The Records 2020 and the Downbeat Magazine Student Award 2021.

Lucas was privileged to share the stage with heroes such as Bob Mintzer, Vince Mendoza, Miguel Zenón, Dick Oatts,  Hermeto Pascoal among others.. He was also invited to play with the Jazz Orchestra of the Concertgebouw, the Four Tops & Temptations, and was featured as a soloist in the Metropole Studio Sessions: World Tour - Brazil.