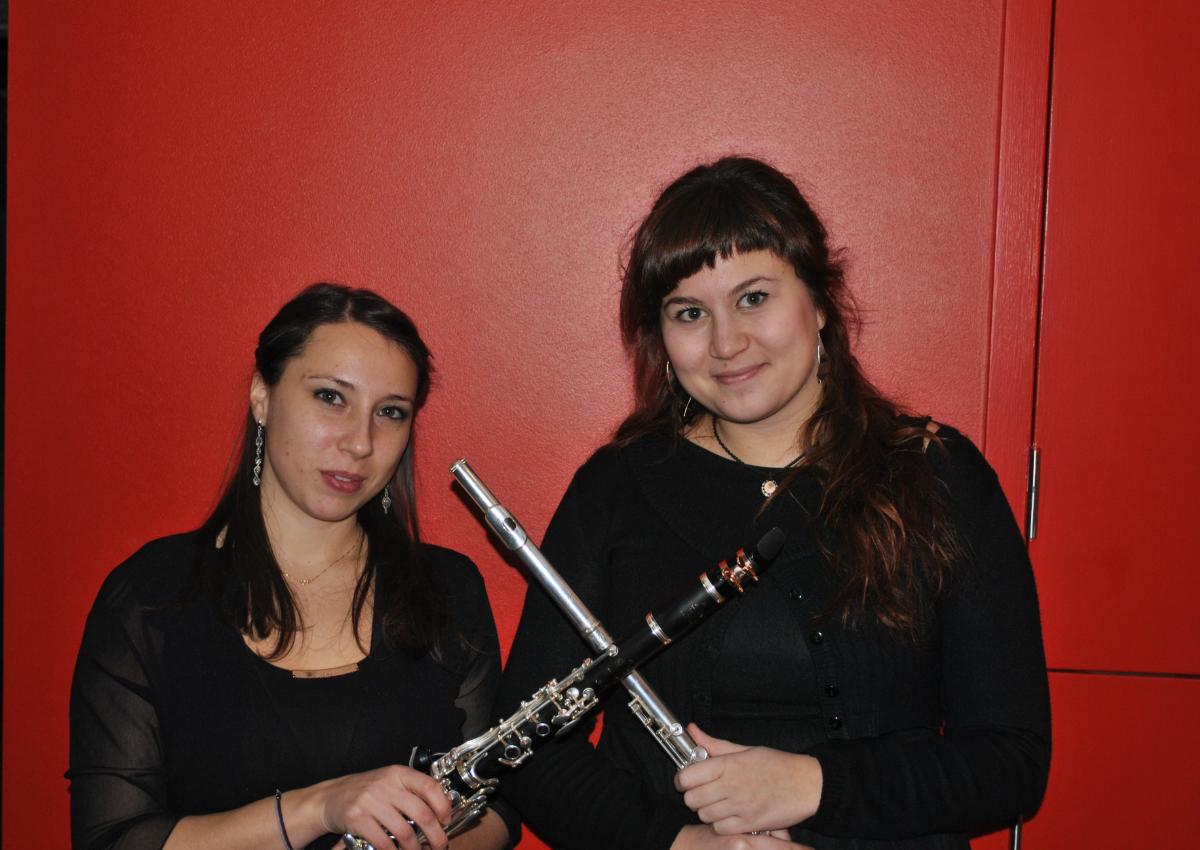 She had performances with several ensembles during her studies in Greece and the last two years she has two ensembles; Kariatides Duo (flute and clarinet) and trio for flute, cello and piano.

Maria Rosaria Della Ragione was born in Naples in 1987 and she graduated in 2010 in Clarinet at Licinio Refice Conservatory in Italy.

She became pupil of Alessandro Carbonare ( I° cl at St. Cecilia Orchestra) in 2009 and one year later she started to study also with his assistant Giammarco Casani (I° cl at Orchestra Sinfonica di Roma).

She participated and won two nationals competitions with different chamber music ensembles and with one of them, "Quartetto Cicerone", is having a numbers of concerts since 2010. She was for the whole year 2010/2011 I° clarinet at Rome Youth Orchestra, and she has played with them in several and important concert halls in Italy. In the same year she enters the list for the Italian Youth Orchestra. In the year 2012 she won the audition for the Netherlands Studenten Orkest and she got the position of 1° Eb clarinet, the orchestra will have a great tour in February 2013 which will end on the 19th with a concert in the Big hall of the Concertgebouw  in Amsterdam.

She is currently attending the Master of Music course with Celeste Zewald at Utrecht conservatory. She started from the first year of her studies in Utrecht, having an intense music activity with different ensembles, but especially with her friend and colleague Lina Tsiva, she is doing a intense and enthusiastic research in order to let the public knows the music written for the duo clarinet and flute.