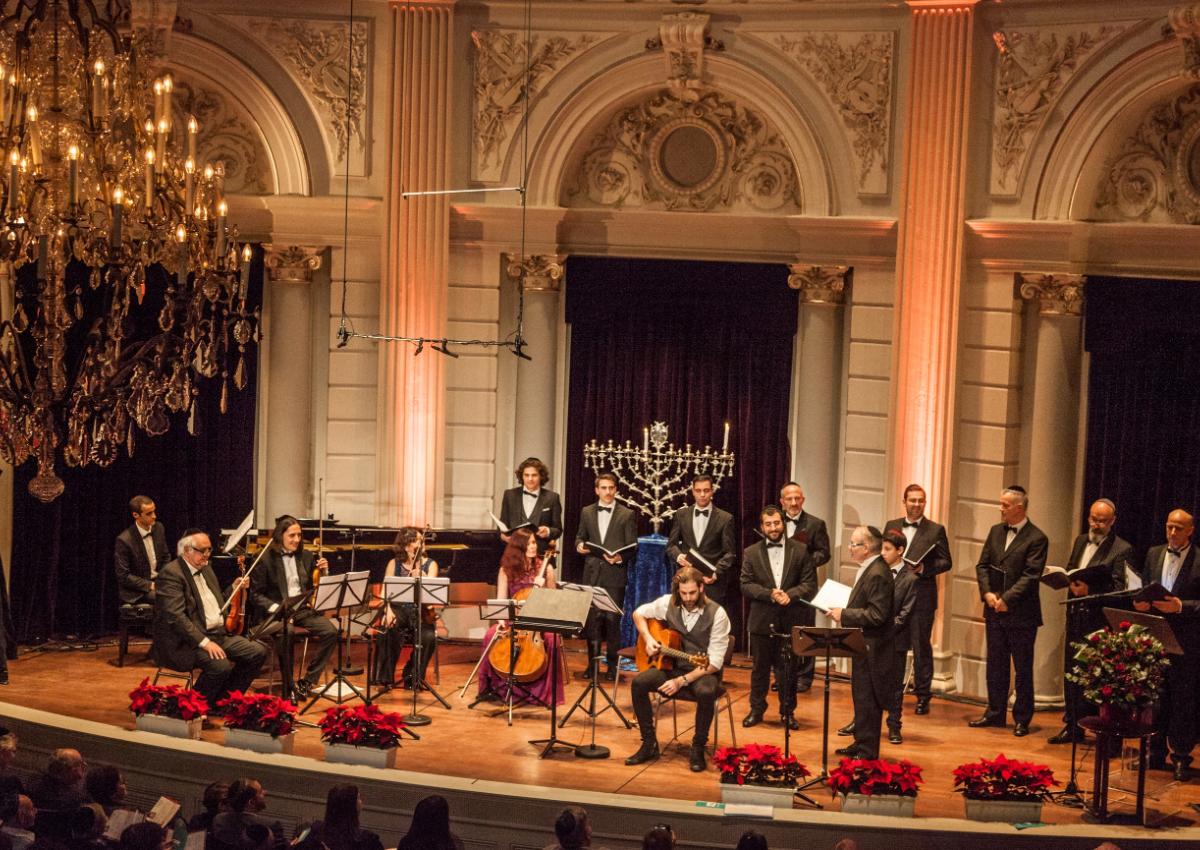 In 2015 a group of (primarily) Jewish professional musicians joined forces and produced a Chanukah (Festival of Lights) concert in Amsterdam’s Royal Concertgebouw Recital Hall. The overwhelming response from the audience made it clear that this would become an annual event. Four years later, the ensemble has now grown to a group of 25 musicians which will perform at a gala Chanukah concert in the main hall of the Concertgebouw on 5 December 2018. As of 2019 JACE will be featured in multiple concerts both inside and outside of the Concertgebouw.

The ensemble consists of musicians of all ages and backgrounds coming from Israel, Holland, Russia, Romania, Ukraine, and North/Central & South America. Their regional diversity has resulted in an overwhelmingly unique sound, comparable to performances of pre-war European ensembles in which freedom of expression prevails. JACE’s repertoire is also quite unique, incorporating everything from standard classical repertoire, broadway, jazz, klezmer and traditional Israeli music. For this year’s Grachtenfestival, a string quartet from JACE will be performing a unique cross-section of Jewish repertoire.