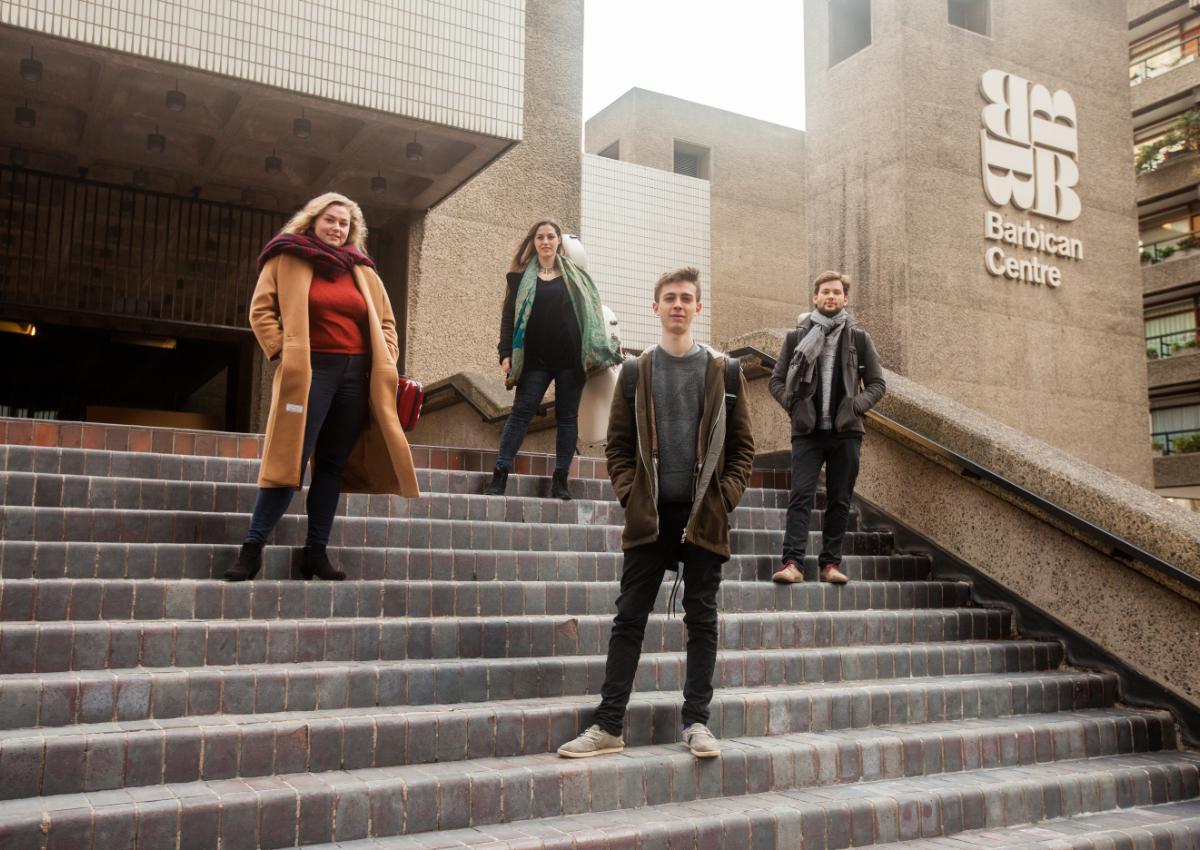 Claimed for their “gusto, comradeship and sharp attack” (The Times) and “blazing and unusually forthright performance” (The Telegraph) the Barbican quartet is made up of violinists Amarins Wierdsma and Timothy Crawford, violist Christoph Slenczka, and cellist Yoanna Prodanova in the Guildhall School of Music and Drama where they all currently study. The young quartet regularly performs in the UK and Europe in such halls as the Barbican Hall, Milton Court Hall, Casa de Musica (Porto), St James’s Piccadilly and Ashmolean Museum, and made their Wigmore Hall debut in 2017 thanks to the Maisie Lewis Foundation Award. Winners of the St James Quartet Prize, the Barbican quartet are Park Lane Group artists and have appeared in such festivals as the IMS Prussia Cove, Harmos Festival (Portugal) and the Young Virtuosi Festival 2016. The quartet has undertaken residency at the Mozarteum Salzburg in 2015 and were residents in Aldeburgh Festival in 2017. The Barbican Quartet are ProQuartet participants as well as Park Lane Group artists 2016. Their performances have been broadcast on BBC Radio 3 as a part of the Barbican Total Immersion (2014) and BBC Proms (2015).

The Barbicanquartet are thankful to the Belcea Quartet Charitable Trust which allows them to receive coaching from members of the Belcea quartet. Their mentors also include Alasdair Tait, David Waterman, David Takeno, Levon Chilingirian, Natalia Prishepenko, Rita Wagner and Ferenc Rados.
This coming year they will be studying with Günter Pichler at the Reina Sofia Music School in Madrid.