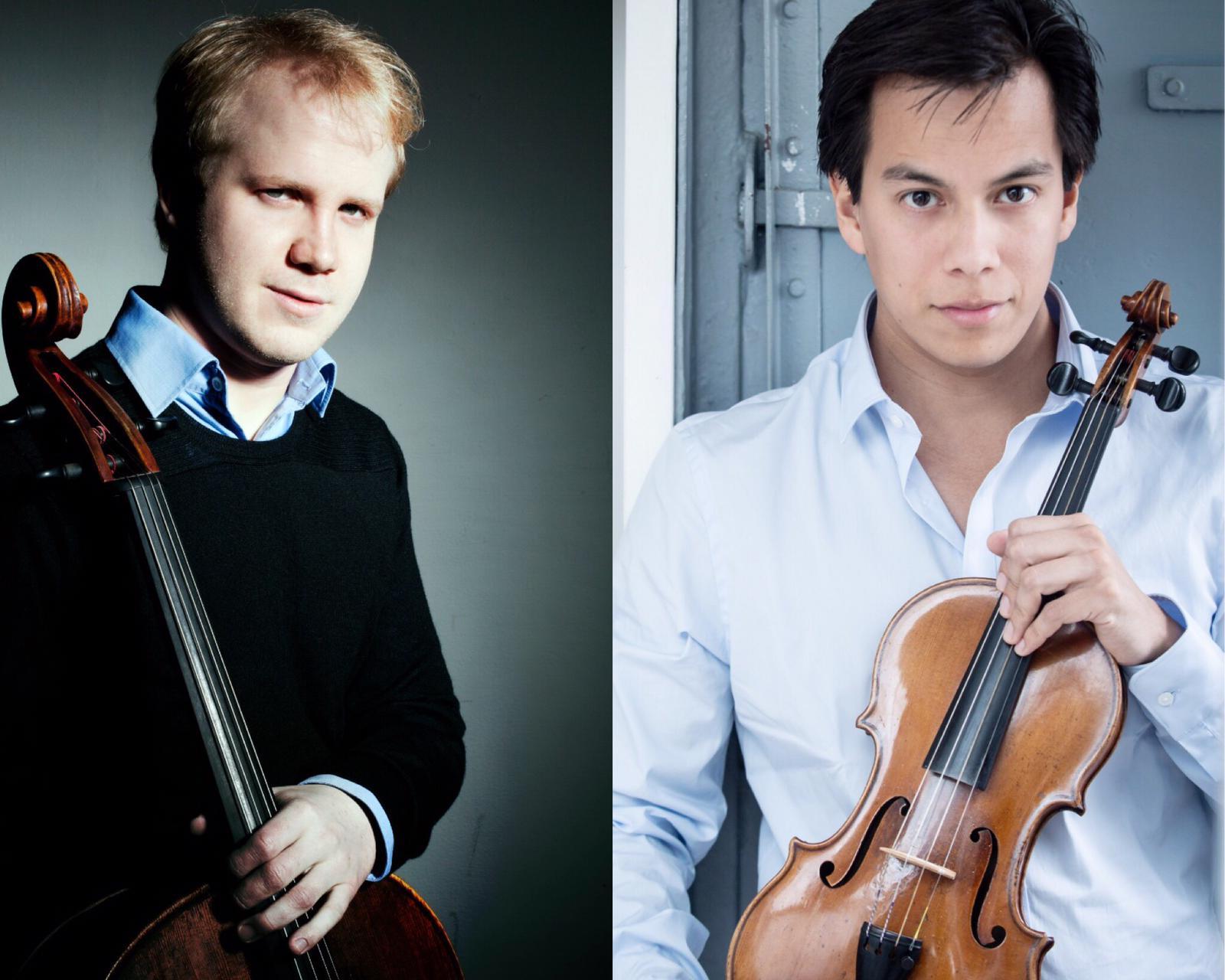 Embassy of the Free Mind
Keizersgracht 123

Embassy of the Free Mind
Keizersgracht 123

Playing violin-cello duos from the beginning of the 20th century. The British power woman, composer and viola player Rebecca Clarke, like her colleagues Ravel and Schulhoff, was often inspired by Bohemian folk music and the mystical sounds of Debussy. We hear from her her beautiful Lullaby & Grotesque, composed for her own duo with cellist May Mukle.

In addition, two masterpieces dedicated to the grand masters of France and the Czech Republic, Debussy and Janacek.

Ravel wrote this very personal work, his Sonata for Violin and Cello, in a difficult time of his life, the first world war had struck him deeply since he volunteered to wound wounded soldiers in an ambulance and had experienced the horrors up close. The work is made up of the simplest themes that already occur at the beginning of the first part. Ravel and his contemporaries then searched for the most economic means of expressing feeling and music, perhaps an attempt to make the inexplicable susceptible. On the other hand, the challenging Duo voro Viool & Cello by Schulhoff is definitely not a philosophy; the melodies and rhythms are won in a very virtuoso way and come directly from the Bohemian folk tradition. A fantastic work full of vitality and joy!

+Sorry, there was an error on this page.